TikTok as a learning environment I: Collaboration

When I started my research in 2019, I had to frequently explain what TikTok was. After Trump attempted to ban TikTok in the U.S. and a global pandemic confined more people to their homes, TikTok became more known and more widely used. Though TikTok is mostly know for catchy songs and dancing, in this series of blog posts, I want to look at TikTok as a learning environment. This should not be misunderstood as an argument that TikTok is always and in every instance a learning environment. Instead I’m using a lens of learning and development to look at TikTok and how this digital platform might shape learning and behaviour. The first theme that I want to look at is collaboration. If you are unfamiliar with TikTok as a platform, please first read the brief summary (“How does TikTok ‘work’”) at the end of this blogpost.

TikTok seems to encourage collaboration by the way it works. For instance, the ‘stitch’ option and the ‘duet’ option of TikTok encourage users to – at the least – engage with somebody else’s content, but it can also be used to collaborate through video creation. The ‘stitch’ option is used to include the video of another creator and add your own scenes to it. For instance, when someone has a question, another creator can use this feature to show this question and then record their own answer. Another example of how this feature is used quite frequently, is a person asking somebody to share an experience, which then can become a trend with various people all sharing a similar experience. By doing so, they sometimes try to appeal to a larger social issue. There is for instance one trend about being a millennial or a gen-z, and one on what it is like to be a woman in STEM.

The ‘duet’ option is used to create another video that will be shown next to the video that it ‘duets’. Often people use it to record their responses to a video they’ve encountered on TikTok. Within the music community on TikTok its collaborative power becomes particularly clear, as users use this feature to create music together.

Even famous musicians sometimes join in on these duets. As such, these features all can help to encourage collaboration among users.

To further illustrate the collaborative opportunities of TikTok, I want to give two examples of particularly successful collaborations on TikTok: Ratatouille the musical and the Parkinson’s pill box.

Ratatouille the musical started with one song and eventually so many people joined in that the whole film was adapted into a musical consisting of TikToks. It even drew the attention of the creators of the original Pixar film. The Parkinson’s pill box example starts with one TikTok of a man with Parkinson’s sharing his frustration with the difficulties he experiences in taking his pills. One TikTok user responded with a design for a pill box that would perhaps make it easier for him to take the pills, then other users started to 3D print prototypes. These are just two of the most pertinent examples I have encountered in my research. I can imagine there are many more. 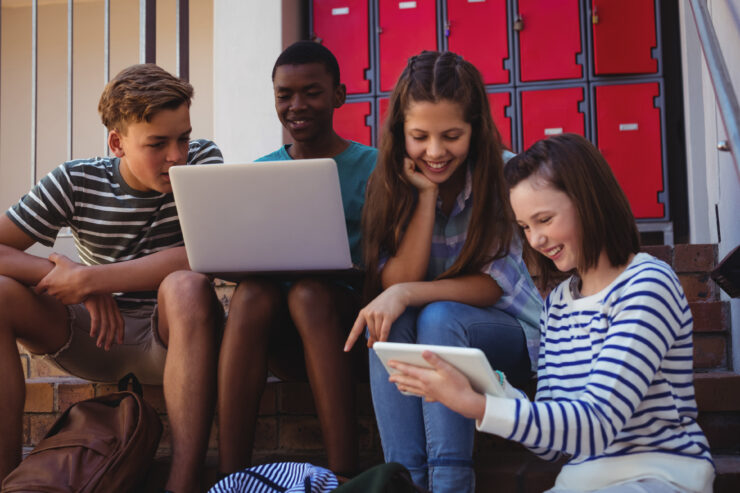 All in all, TikTok seems to encourage collaboration and challenges people quite directly to do so. However, the question remains whether actual users also feel this is helping them to learn and/or collaborate. Particularly since the collaboration takes different forms depending on the content. The video with Hank Green seems to stick quite traditionally to a collaborative exchange of knowledge between a student posing a question and a teacher providing an answer. Traditional hierarchies appear hence to be in place. In contrast, the musicians engage in a more ‘equal’ collaboration, where each part is equally important for the ‘final product’ – until of course a famous singer like Lizzo comes along. Additionally, you can question whether responding is actually a collaboration or whether it is more of a ‘remix’. Such a ‘remix’ approach could pose that it are not necessarily two people who combine their knowledge, but rather one person taking up inspiration from another. They will give it their own twist: a remix. Or is a remix also a form of collaboration? I’m looking forward to speaking with more TikTok users to see how they experience these aspects of TikTok.

How does TikTok ‘work’: a very short description of some basic features
When you open the app, even when you don’t have an account, you will end up on the so-called ‘For You’ page. A short video will take up the screen of your phone. In the right hand corner several interactive functions can be found: a profile icon with a plus sign (to follow the creator of the video), a heart button (to like the video), a comment button (to comment on the video/read the comments of others), a share arrow, three dots for a menu (where you can report, duet, stitch, share, copy the link and do many other things) and a small record that turns around and shows music notes. The text at the bottom lists the creator, a description, potentially hashtags and below that a note symbol and the title of the sound or song that is being played. If you swipe up, a new video will appear.